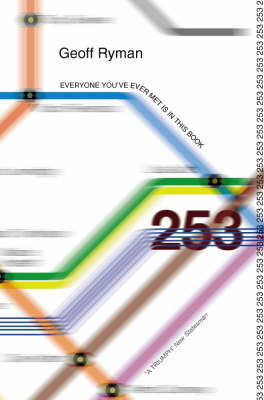 I’ve known of 253 (a.k.a. Tube Theatre) for quite some time, but I’ve only just read it, after stumbling across the (Philip K Dick Award-winning) “print remix“ in the dealer’s room at Eastercon. Its original incarnation was as a website – which still exists, seemingly untouched and untweaked since it was built in 1996. Wikipedia would have me believe that Robert Arellano’s Sunshine 69 was “the World Wide Web’s first interactive novel”, published in June 1996; I can’t find an accurate date for 253‘s launch, but it seems reasonable to say that even if it came out after Arellano’s work, it was still very much in the vanguard of web-native hypertext fictions. I used to read Wired in ’96 – dead-tree editions, of course, imported from the States – and remember the repeated pre-emptive obituaries for print media, and announcements of the imminence of the hypertext novel as the primary literary form of The Future. The former looks more likely now than it ever did, but still a long way off, while the latter – but for a small fringe scene – has remained resolutely below the radar, for reasons that are more obvious in hindsight. (I’m not going to waffle on about the paucity of viable business models for online fiction at this point; I’ve done enough of that at Futurismic over the years.) END_OF_DOCUMENT_TOKEN_TO_BE_REPLACED 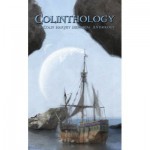