David Graeber at NYRoB, reviewing Skidelsky’s Money and Government. Graeber’s acid prose is almost always a delight to this household, and this piece has plenty of it — though it is the exact opposite of a hatchet-job review.

On the tautology of monetarism:

The premise that markets will always right themselves in the end can only be tested if one has a commonly agreed definition of when the “end” is; but for economists, that definition turns out to be “however long it takes to reach a point where I can say the economy has returned to equilibrium.” (In the same way, statements like “the barbarians always win in the end” or “truth always prevails” cannot be proved wrong, since in practice they just mean “whenever barbarians win, or truth prevails, I shall declare the story over.”)

On the ideological origins of income tax:

… there’s absolutely no reason a modern state should fund itself primarily by appropriating a proportion of each citizen’s earnings. There are plenty of other ways to go about it. Many—such as land, wealth, commercial, or consumer taxes (any of which can be made more or less progressive)—are considerably more efficient, since creating a bureaucratic apparatus capable of monitoring citizens’ personal affairs to the degree required by an income tax system is itself enormously expensive. But this misses the real point: income tax is supposed to be intrusive and exasperating. It is meant to feel at least a little bit unfair. Like so much of classical liberalism (and contemporary neoliberalism), it is an ingenious political sleight of hand—an expansion of the bureaucratic state that also allows its leaders to pretend to advocate for small government.

And the leakage of economic assumptions into the humanities more broadly:

… by the 1950s and 1960s almost every scholarly discipline in the business of preparing young people for positions of power (political science, international relations, etc.) had adopted some variant of “rational choice theory” culled, ultimately, from microeconomics. By the 1980s and 1990s, it had reached a point where even the heads of art foundations or charitable organizations would not be considered fully qualified if they were not at least broadly familiar with a “science” of human affairs that started from the assumption that humans were fundamentally selfish and greedy. 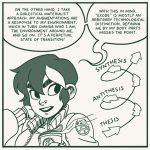