I get published, y’know.

Now, I announced the release of the Noir anthology from Newcon Press aaaages ago, but the world of reviewing moves pretty slowly when it happens off-line, and only now has this incredibly flattering write-up of my story “A Boardinghouse Heart” made it onto the hallowed pages of Vector, courtesy of the mighty Martin McGrath (who is not know for cutting crap fiction any slack, I might add). Quoth McGrath, the story:

“… is very fine indeed — compact, dense and intelligent, it is more-or-less everything I’d hoped for when I picked up the collection. It’s a detective story — or at least it’s a story with a detective in it — set on the slippery streets of a richly realised city. The protagonist, as should be the case in all good noir stories, is hopelessly out of his depth and beset by those more powerful and cleverer than he is. The most effective element is the way in which the story immerses you in a city, gives it history and heft, yet never burdens the reader with hefty exposition. I also liked its refusal of any heroic narrative. It’s a fine achievement and worth the price of admission on its own.”

That price of admission is £2.01 as a Kindle ebook, and rather more for paperback or hardback (signed) versions, should you be tempted by this effusive praise.

There have been few reviews of the Twelve Tomorrows anthology, possibly because MIT Tech Review took a somewhat “fire and forget” approach to promoting it, but the October print edition of Locus picked it up in two separate columns, in one of which Gardner Dozois declares:

“[t]he best stories here are Lauren Beukes’s “Slipping” and Paul Graham Raven’s ”Los Piratas del Mar de Plastico (Pirates of the Plastic Ocean)”, both of which manage to inject human drama into their visions of the future, as well as characters you care about who are faced with situations where they have something and something significant at stake.”

Which is a fairly writer’s-workshop-y kind of compliment, perhaps, but it comes from a man who’s been in the anthology editing game for almost as long as I’ve been alive, so I’m gonna go right ahead and take him at his word. Twelve Tomorrows also available in ebook form for UK readers via everyone’s favourite rapacious and riparian online retailer, for a mere £5.99. A steal, really, when you see who else is in there alongside me.

Last but not least, albeit considerably less glamorous, here’s an article I wrote for Water & Wastewater Treatment Magazine about Pipedreams, one of the big meta-projects of the Pennine Water Group, wherein I am currently embedded as a postgraduate researcher. Even though I struggle to explain my own research concisely, I can at least explain that of my colleagues, wot? 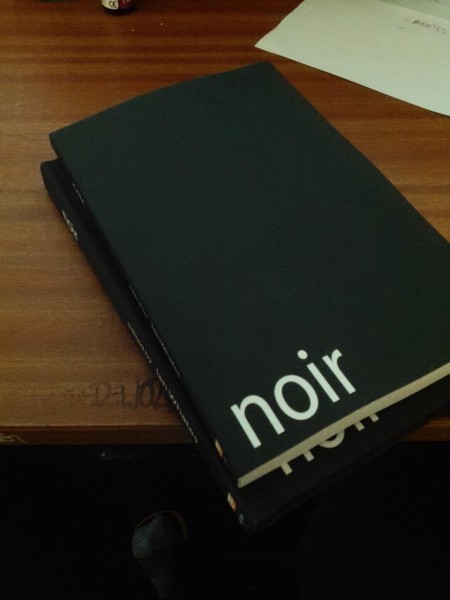 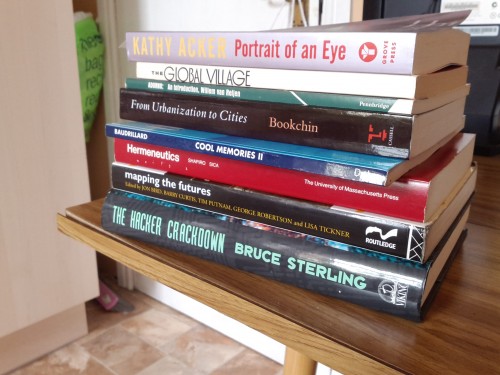 So, I sold a story a while ago. Not quite as long ago as I wrote the story in question, mind — that was during the second semester of my Masters, which feels like a lifetime ago.

Anyway, the sale went to Ian Whates at NewCon Press. Here’s as much as anyone other than Ian knows about the project in question:

“… the project that started life as ‘write me something featuring a femme fatale’ has evolved considerably.  In fact, what began as a single anthology has subsequently budded, amoeba-like, and developed into two independent volumes; a duo-anthology (no, I’m not too sure what that means either, but it sounds impressive).  La Femme and Noir, two thematically linked books, each with their own distinct identity.

Both books will be launched on the Friday evening of this year’s Eastercon in Glasgow, 6.00 pm on April 18th, unveiled at a launch party which will also see the release of a new collection from Eric Brown and “The Moon King”, Neil Williamson’s debut novel.”

Very chuffed to be there… and very chuffed to have sold that story, which collected apologetic personal rejections from all of the best genre ‘zines on the interwebs. Just my luck someone was doing an anthology where grimly ambiguous tales of monumental self-pity, possibly fraudulent magic, police violence and certifiable drug abuse would be a good fit, eh?

In other writy-publishy news, I just finished a commissioned book chapter. Don’t congratulate me; it was originally due in November last year. Given it’s for a collection of scholarly essays, I expect it’ll take at least as long to get to press as the story above, if not longer… always assuming, of course, that the editors don’t wisely decide that the piece I’ve sent them is that little bit too much weirder than even my abstract had led them to expect. Guess we’ll see…