Damn, but Kate Wagner is a good writer. Here she is on the aesthetics of ruination for The Baffler:

Unlike images of nature’s reclamation of Chernobyl, there is no righteous, morbid, fetishistic pleasure to be found in Superfund sites whether or not they’re remediated. In a secular world free of mysticism, they are perhaps the closest approximation to what it means for a place to be haunted—by invisible poisons that destabilize communities and the bodies that inhabit them. Remediated sites, with their empty, ersatz nature mottled with the uninteresting sump-pump infrastructure of monitoring and purification, offer no decaying buildings or strewn-about gas masks to aestheticize. Often, the only titillating feature is a humble sign attached to the fence dutifully informing the observer that what they are looking at is indeed a Superfund project. The rather mundane reality can be underwhelming—we want to see visual symbols of death and decay caused by our misdeeds against the land. It is unfair that poisoned earth so often looks like the perimeter of an airport.

I know that “uninteresting sump-pump infrastructure of monitoring and purification” that Wagner mentions; Shirebrook Valley Nature Reserve is peppered with it, if you’re willing to look, as are many such green spaces around Sheffield and Rotherham.

We don’t really have an equivalent to the Superfund site in the UK, as far as I know — but we probably should have. Indeed, I’ve been living not far from one for the last seven years, and what was once the famous Orgreave colliery and coke-works is now half “nature” reserve (which proves every point ever made about the social/natural dichotomy) and half housing estate. I’m told that the Rother, which wends its way across the washlands just down the hill from my front door, was once reckoned to be the most polluted river in Europe (though I find that hard to believe, given the continued state of the Don, which still reeks of wrongness after heavy rainfall); you’d not know it now from a casual glance.

But who knows what lies beneath the silt and mud, lurking in the water-table, sucked up into the buddleja and brambles? A lot of industrial “remediation” projects in this country seem to involve either leaving a place overgrown and neglected for a few decades, or bringing in a layer of heavy topsoil in a manner analogous to capping a moribund landfill site… we can only hope that it’s enough, I guess. Every time I walk around Waverley, I wonder how many of its residents know what once occupied the land their homes are sat upon. Hell knows there’s little or nothing there to tell them about it.

(As a side note, much is made of Sheffield’s status as “England’s greenest city”, not least by the council itself. Less often mentioned is that many of the green spaces within the city boundaries are the sites of former coal pits; these spaces remain undeveloped largely because the excavations beneath make them unsafe and/or toxic, rather than due to the desire of the council or the development industry to make the city “greener”. But hey, if you’ve got a sow’s ear, you might as well make a silk purse of it, right?) 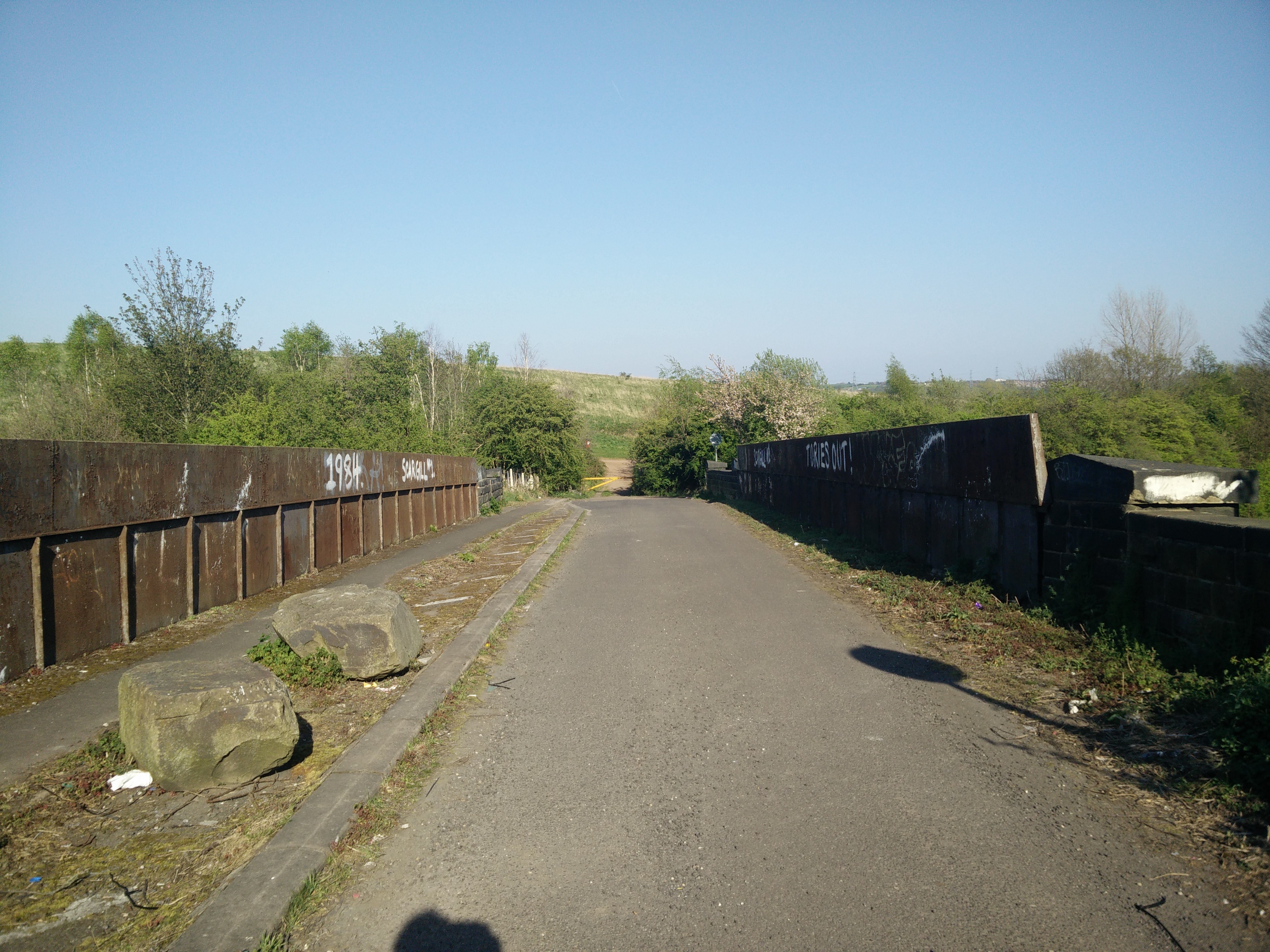