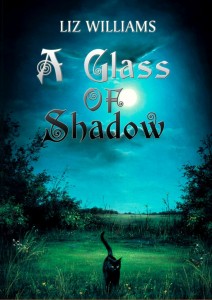 Apart from a few chance encounters in mags and anthologies, this is my first condensed experience of Liz Williams in the short form, in a handsome (and rather genre-ambivalent) collection from NewCon Press. Nice font size and simple layout… though the fancy font for the story titles errs a little too far toward the unreadable for my taste. Your mileage, as the saying goes, may vary.

Now, I’ve not actually read any of Williams’ sf novels, either. She holds the very rare and dubious honour of being the only writer of what you might term ‘urban fantasy’ whose output in that bracket has captured and sustained my interest: I was sent a copy of one of the Inspector Chen novels for review a few years back, dipped my nose into it out of curiosity, and have read almost all of them since. They’re a great balance of dry humour and dramatic plotting, and a real pleasure to read.

A few of the stories here are set in Singapore 3, but neither Chen or his supporting cast make an appearance in these stand-alone tales, and the city is largely a convenient backdrop against which to set some spooky goings-on that draw on the Chinese occult pantheon; the vibrancy and depth-of-field of the novels is absent, but that’s not really a surprise or a complaint; short stories is short stories, after all. My favourite of these was probably “Mr Animation and the Wu Zhiang Zombies”, because I’m a sucker for a rock’n’roll underdog story played with just the right balance of respect and snark…

Williams draws on other occult traditions, far and near: “Who Pays” drops in on the all-but-out-of-business gateway to the Egyptian afterlife (and reveals it to have had still older and stranger origins than those we think we know); “Voivodoi” mashes up a genetically-modified near-future with the folk tale monsters of Central Asia; an embittered undine bites off more than she can chew when she tries to harness the unusual power of a hapless Victorian gent in “The Water Cure”, and that notorious opium eater Thomas De Quincey reveals a dark and untold aspect to his well-known tale in “Mr De Quincy and the Daughters of Madness”; “Blackthorn and Nettles” goes back to druidic traditions of ancient Britain, and “On Windhover Down” takes place in an alternate branch of English history where the transition between the old gods and their imported supercedents is not yet complete.

There’s a variety of tone throughout, though Williams tends toward a verbose narration in the first person (which may be a function of the dominance of [alt]-historical settings in this collection); there’s also a scale of severity or seriousness that runs from its peak in the stories set on the Mars of Williams’ Winterstrike novels (“The Age Of Ice”, “La Malcontenta”) down to the whimsical Whitby-and-Goths spook-story “All Fish and Dracula” (which was a smidgen too cute for my palate). The Winterstrike setting feels like it’ll be very much to my taste, though, so I’ll have to look those up when the opportunity arises.

What really leapt out at me, though, was the regularity with which Williams has her characters transition across the borders between “reality” and other dimensions – Hell, Faerie, altered states, the afterlife – and back again, and the way in which she views those transitions and transactions in much the same terms that we understand the borders between nation-states; the Other Side is always political, sometimes sexual (though not overtly so). The transitions always change the person who makes them, too; it’s those who hang back or tremble undecided on the borders who tend to get hurt the worst. Don’t hesitate in the face of change, of the other… I’m put in mind of Chris Beckett’s fiction, which – while stylistically very different – contains this same fascination with the transgression of boundaries, though Chris tends to focus on the apprehension and temptation of transition (and the tension that temptation creates when strung against the need for borders to be maintained and policed) rather than the transgressions themselves. An opportunity for some sort of comparative paper there, maybe.

As a final aside, it struck me that “Ikiryoh” poses the same ethical question as Le Guin’s “The Ones Who Walk Away From Omelas”: is the deliberately engineered suffering of a single unfortunate justifiable if it brings peace and plenty to the entire state? The problem is approached from a very different angle to LeGuin’s; this story is more story than parable, for a start, and the answer is left for the reader to decide for themselves (though Williams’ protagonist – itself, perhaps tellingly, a member of an engineered servitor underclass – seems to make her own choice before the story’s end). Indeed, the literary similarities are very few, but it was the chime of recognition that made me think it worth noting down; it’s one of those themes that always reaches out of a story and slaps me into stillness, and I think there’s a lesson for me -both literary and personal – in that jerk of clarity.

As with all the most important lessons, though, what is to be learned is not immediately apparent. Selah. 🙂