I’m not sure what they’re calling it these days.
In my time you were “gouching”, “nodding out”;
there’ll be some other name for it, no doubt,
as language shifts its shape. But this malaise
remains unchanged: that head-down slump betrays
the use of morphine (or her daughters) like a shout
for help in silence. Mud-caked knees bent out,
his fingers blackened, burned, the way he lays —
like sleep released him from the pain of fear’s
reflection in the eyes of passers-by,
rejection every moment of the hour,
each hour of the day, the month. The years
slipped through those fingers, somehow — who knows why?
His fall was his, perhaps. His landing’s ours.

The why of my wanting you differs each time.
(The wanting, returning, is always the same.)
So strangle my reason and drown it in rhyme:
to query the telos of love is a crime.
(And I know there’s only one crook in the frame.)

The why of my wanting you differs each time;
this quiddity mocks me. Intense and sublime,
the language of love is revealed as a game
that strangles my reason and drowns it in rhyme —
so reason must die, then be buried in lime
and rise like a phoenix on feathers of flame.

The why of my wanting you differs each time;
in doing so, wanting refuses regime,
revealing the heart as a phoenix to tame.
I’ll strangle my reason and drown it in rhyme,
have faith in love’s meter and tempo, and chime
the bell in my chest at the sound of your name.

The why of my wanting you differs each time.
You tangle my reason; I crown you with rhyme.

It isn’t unpredicted, more unplanned.
This failure-state inheres in poor design
a limitation in my arm, my hand
my robot heart. This space, now undefined
degenerates, dimensions folding in
collapsing down to null infinitudes;
the target sweeps through zenith, and I spin
rotating through the same old attitudes.
My wrist is bound by singularities:
a universe of moves that I might make
but which is right? No way to tell. Degrees
of freedom: roll, or pitch, or yaw to break
the gimbal-lock paralysis of fear?
Now thoughtless thinking turns me to nadir.

for me to know why this town is a ghost-town

as I see them from the windows of the bus

for me to leave the cutting of the final cord

to turn my back on that town by the sea

for me to have established my lines of supply and demand

to have established a routine, the better to feel bad about when broken
to hear the black dog’s bark from the far side of the tracks

and know that one can change the frame a thousand times

without ever altering the picture

for me to dig the same old hole anew

to feel at home

to wonder, once again, what that word really means 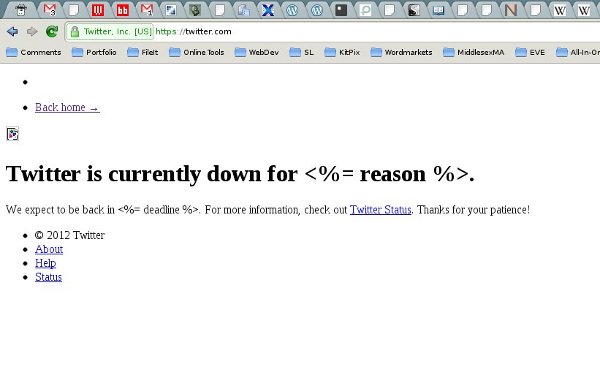