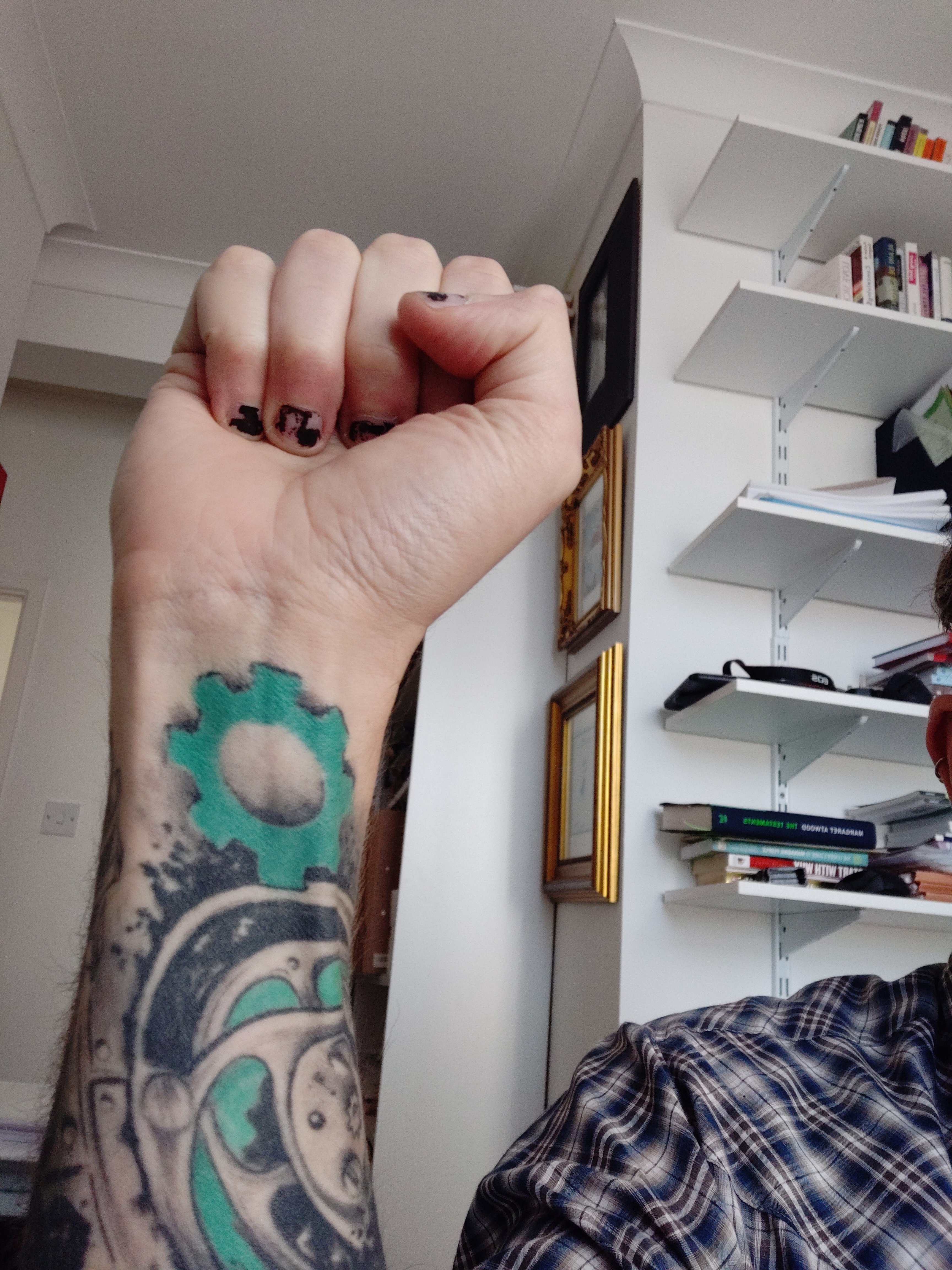 For an assortment of logistico-temporal reasons, I cannot go on strike today. This is politically frustrating, but also just plain frustrating, because I could really do with a day off, to be frank. But the circus rolls on relentlessly… and while my academic work is on the virtuous side of the ledger, the general precarity of my circumstances, while much improved of late, is still sufficiently strong to keep my nose to the freelance deadline grindstone.

So virtual solidarity it is, then, along with the following observation: I keep hearing well-meaning people describing the young people striking and protesting as “our future”. Nonsense; they are their own future. We are their past. If we’re lucky, they might forgive us for that – but for the most part we don’t deserve their doing so. Best thing we can do now is clear the way for them, one way or another.