Or “what I did on my mid-week day off”: The River Don Engine, now housed at Kelham Island Museum, Sheffield, UK. The largest working steam engine left in Britain, and quite possibly in the world.

I was surprised by how quiet the engine itself was, though I imagine that’s partly down to it now being powered by a gas-fueled boiler in another part of the complex, rather than a big ol’ firebox like it had back in the days when it was used for rolling steel plate as thick as your hand is wide for battleship armour, reactor shielding etc etc. The audience of kids are pretty loud, though.

A few stills included below, for those who I’m sure would have rather seen the crankshaft moving… but that would’ve meant getting in the way of the school-trip audience, and I’m not quite that much of a dick. 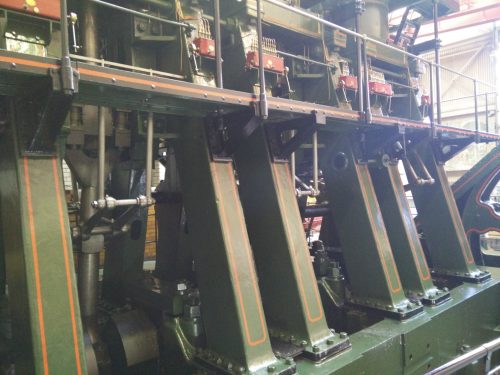 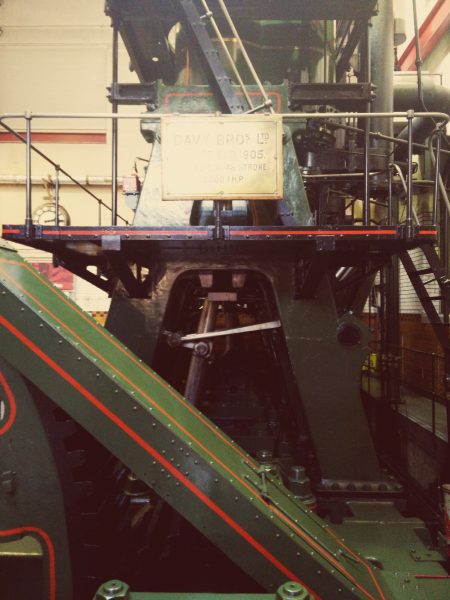