Via @dronemodule, a Kim Stanley Robinson joint on utopia as transgenerational revolutionary project, in which he gets more than a little Harawayian:

“… the seven billion people we have, and the nine to ten billion people we’re likely to have, exist at the tip of an entire improvised complex of prostheses, which is our technology considered as one big system. We live out at the end of this towering complex, and it has to work successfully for us to survive; we are far past the natural carrying capacity of the planet in terms of our numbers. There is something amazing about the human capacity to walk this tightrope over the abyss without paralysing fear. We’re good at ignoring dangers; but now, on the attenuating peninsula, on the crazy tower of prostheses — however you envision it, it is a real historical moment of great danger, and we need to push hard for utopia as survival, because failure now is simply unacceptable to our descendants, if we have any.”

KSR’s position on most things existential tends to align with my own, at least when I’m in a bright and optimistic phase. If he’s the good angel a-whisper on my shoulder, telling me I’m not wasting my time, I guess @bruces is as good a figure as any for the other one who mutters “well, sure, those goals are pretty admirable and all, but look at where the rubber hits the road — ain’t no utopian scientific process leaving those skid-marks, son”. Between those two voices, I guess have a pretty solid explanation for my insomnia and existential malaise…

As mentioned in the linked piece, utopia and history are hard concepts, if not outright contradictory concepts, to consider simultaneously… but if one was to achieve such an act of high-wire cognitive dissonance in a communicable way, then literature — the novel, or something like it — would surely be the space in which one was most likely to do it. (Pretty sure cinema lacks the sophisticated handling of interiority required for the task; that medium may stimulate emotional response well, but cannot stage the nuanced dramatic conflict that powers any form of politics beyond Scarcity Wars 101.)

Question is, would anyone read it? And if they did, would it make a difference? Probably not… but maybe the same tools might be applied elsewhere, to greater effect.

Worth a try while I’m waiting to die, I reckon.

It isn’t unpredicted, more unplanned.
This failure-state inheres in poor design
a limitation in my arm, my hand
my robot heart. This space, now undefined
degenerates, dimensions folding in
collapsing down to null infinitudes;
the target sweeps through zenith, and I spin
rotating through the same old attitudes.
My wrist is bound by singularities:
a universe of moves that I might make
but which is right? No way to tell. Degrees
of freedom: roll, or pitch, or yaw to break
the gimbal-lock paralysis of fear?
Now thoughtless thinking turns me to nadir. 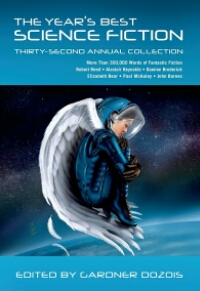 Well, this has been a memorably weird and hectic year. I’m tapping out this post in an old apartment in the middle of Cambridge, Mass., US of A, having decided (for diverse reasons) that I’d rather be here with friends for the holiday season than back in Blighty, stuck out in the Sheffield badlands with the usual “let’s shut the country down for a fortnight” folderol. (A brief scan of UK news organs suggests my instincts were sound on that front; public transport chaos, quelle surprise.) Knowing a little about seasonal weather patterns on the East coast of the US, it’s strange to be sat here on the day after Boxing Day with clear blue skies outside, scrolling through Instagram images of Western Europe acquiring a thin but definite blanket of snow. (I am, however, not complaining; snow is charming for the first 48 hours, but for someone who lives a fair distance from Minimum Viable Food Retail and relies on public transport to get around, it utterly lacks any long-term appeal.)

It would have been a hectic year if I’d been up to nothing other than rattling through the first year of my PhD; the confirmation-of-candidacy process ended up being protracted and painful (due to my own foolish choices, to be clear, or at least as much as anything else), but I got through in the end, which means my research proper begins when I get back to my desk in January. After struggling hard to get over that hurdle, I’m looking forward to getting stuck into it; it feels like I’ve made the grade, somehow (though the real making of the grade is yet to come, of course).

But this year also saw me reach a point where I could tell myself that I’ve (somewhat unexpectedly) passed a benchmark in my decade-old “become a writer” project. Sure, I’ve been writing and publishing for a while, fiction and non-fiction — but selling “Los Piratas…” to Twelve Tomorrows felt like some sort of non-trivial level-up, especially on the fiction side of things. And it turns out that story will be appearing in Gardner Dozois’s Year’s Best SF 32 [Amazon UK pre-order; publication date July 2015]; full TOC follows, via Gareth L Powell.

Feels very strange to see my name alongside not just writers I’ve watched rising through the ranks around me, but writers I’d read and idolised long before I even thought getting published was a possibility. Strange, but also inspiring and humbling at once — which is surely a fitting suite of emotions for the season, and for a newly-upgraded postgrad.

So on we go, then. Happy new year, folks.

Here’s a great opening ‘graph for a seasonal cyberpunk satire:

“I heard my first Christmas music of the year in District 1. It was the 1st of August, 27ºC outside and All I Want For Christmas was drifting out of a market stall dedicated to selling Santa hats.”

Only it’s not from a piece of fiction at all; it’s from the first installment of @iamdanw’s account of his travels across China with the Unknown Fields expedition. Having talked to others who were on the same adventure, the megamarket of Yiwu is likely the least weird part of the story.

So yesterday I was at the Birmingham School of Architecture, playing guest reviewer for Masters-student group and individual project-work for one of the four school “studios”. Reason I got the invite is that Mike Dring and Rob Annable are apparently both fans of my Infrastructure Fiction talk, which they’ve included in their studio syllabus; the current crop of projects includes the creation of infrastructure fictions as part of the process. This is really fascinating for me, given IF was (deliberately) a pretty formless manifesto; seeing people pick it up and do stuff with it is really cool, especially when they do things with it that I’d never have thought of.

(Lordy, but do they wring a lot of deliverables out of architecture students, though — I though my creative writing Masters came with a heavy list of outputs, but it looks like sheer dilettantism by comparison to what these kids are up to.)

On the subject of infrastructure and narrative, this Rebecca Solnit bit for the NYT [via @debcha] seems pertinent to both the above, and to the times in general. Some quotes:

“To grasp climate change, you have to think in terms of species and their future. To know how things have already changed, you have to remember how they used to be, and so you may not notice birds disappearing from the skies, or hotter weather or more extreme storms and forest fires. You need to look past the sparrow and see the whole system that allows — or allowed — the birds to flourish. The swallows, the chinook salmon, desert tortoises, manatees, moose and us. Addressing climate means fixing the way we produce energy. But maybe it also means addressing the problems with the way we produce stories.

And so we should seek out new kinds of stories — stories that make us more alarmed about our conventional energy sources than the alternatives, that provide context, that show us the future as well as the past, that make us see past the death of a sparrow or a swallow to the systems of survival for whole species and the nature of the planet we leave to the future.”

That’s a very infrastructure-fictional call-to-arms, there — I’ll bet the architecture students I saw yesterday would recognise it as one, at any rate.