I still vaguely recall my mother’s 40th birthday back in 1987; that was the golden era of the catchphrase “life begins at 40!”, and I heard it repeated many times that year in many tonal variations, from sincere statement of aspiration to bitter statement of crushed hope.

I turned forty this year. And I guess a new life has indeed begun — though an old life had to end first, and that transition nearly destroyed me, quite literally. I’ve endured bouts of deep depression since I was a teenager, but the trough of despond I fell into last winter was deeper and darker than any of them. Some of the triggers were contextual — I frankly think that if this year hasn’t been at least moderately miserable, then you really haven’t been paying attention — but they were amplified by the stress of my final year of my PhD, and by my dwindling financial resources. I wouldn’t say I was suicidal, but I had genuinely lost sight of the point of being alive, of taking care of myself. I didn’t want to die, but I felt like I wanted to sleep — not just to sleep late but sleep for years, to sleep like the princess in a fairytale, deep in a thicket of thorns, far away from everyone and everything.

It was bad enough that I actually went and got some professional help. I’m not going to belabour this point, but still: if you find yourself in an emotional pit that you can’t climb out of, try to let yourself seek out some help. It’s not easy, I know: one of the strongest delusions of depression is the one that tells you that you don’t deserve any help (because you’re just being weak and useless, and should just pull your own shit together and get your adult on), that the help probably won’t help anyway, that you’ll just be wasting someone’s precious time when they could be helping someone who really deserved and needed it. (Even the slightest awareness of the massive strain on underfunded mental health services can become an excuse for not accessing such; it certainly was for me.)

So, look — I’m not the boss of anyone, and my own track record on this stuff is not great, so I’m not gonna stand too long on this soapbox, here. But if you ever find yourself feeling like that, consider trying to get some help, and try to see it through to the end. With hindsight, the counselling I had back in the summer was incredibly valuable, but it was only over the last couple of sessions that the breakthrough was made. Prior to that, it felt to me like a waste of my time and my counsellor’s time. Seen from the vantage point of six months distance, however, it was anything but a waste. I don’t know that it saved my life, but I’m totally sure it saved what passes for my sanity.

I defended my PhD thesis on 30th November 2017. The result was Major Corrections / No Reexamination (so, I have to submit an amended thesis, but I don’t have to defend it in another viva), but the majorness of the corrections is less about there being a lot of corrections to do, and more about how much time it’ll take me to get them done, given I’m also working full-time on a short contract with the Twenty65 project… and, of course, trying to apply for any suitable postdoc positions that I hear about, and trying to think about potential project pitches for fellowships, and and and.

So frankly I’m just as busy as I was six months ago, if not much more so… but it turns out that getting paid makes being busy a lot more bearable.

Major Corrections has a hint of stigma about it — and not just because it implies you didn’t do a very good job. What I’ve found enduringly difficult to deal with is the utter lack of any sense of closure: while you’re doing your PhD, the viva is very much framed as a transformative and transitional day in your life, the culmination of your epic journey… but for me it feels more like the doorway into a vestibule containing further hoops through which I am expected to jump.

I’m not being all tiny violin about it, to be clear; I know how much of a privilege it is to even get the chance to take a PhD, and I’m certainly not implying I’ve been unfairly punished by the process. But nonetheless, it’s frustrating to be told “OK, we think this is all very good, but we’d just like a bit more of it, please”. I want to get on with my life, get on with finding a job, reestablish my non-academic writing practice… but until I deliver the coup de grace, that’ll all have to take a back seat.

Selah — it is what it is, and the worst of it is over. Onwards.

So another new year beckons, replete with tasks and possibilities… which is why I decided to have a sensible, quiet end-of-the-year lurking alone in my house, getting early nights and eating well, making lists and plans and strategies so as to able to thunder into 2018 with all cylinders firing and all guns blazing.

And so much for that — 2018’s first gift for me was some sort of viral lurgy, with the result that I spent most of yesterday shivering with a mild fever, and most of last night trying to sleep through mild but remarkably persistent hallucinations (many of which, presumably due to my reading his autobiography recently, featured Neil Young trying to explain how to pick the exact right chord for the bridge of a song; I say trying to explain, because today I find myself no wiser on such matters, despite his efforts). As such, I’m not exactly in the best headspace to be ploughing my way through an assortment of cover letters and application forms and abstracts…

… but hey, ain’t no one else gonna do ’em for me, right? So here’s to starting 2018 in as stubborn, hard-nosed and proactive a mood as is possible.

(Right after I’ve been to the corner shop to stock up on tissues and Beechams, anyway.)

Half a dozen different people sent me this article for slightly different reasons; one has come to dread the listicle format, but this example is excellent, with every point well worth passing on. My talk in Munich last week was an extensive riff on Clarke’s Third Law, so I’ll not reprise that now; instead, I’ll highlight this bit:

Suitcase words mislead people about how well machines are doing at tasks that people can do. That is partly because AI researchers—and, worse, their institutional press offices—are eager to claim progress in an instance of a suitcase concept. The important phrase here is “an instance.” That detail soon gets lost. Headlines trumpet the suitcase word, and warp the general understanding of where AI is and how close it is to accomplishing more.

I hadn’t heard Minsky’s coining before, but I sure as hell know suitcase words when I see them; I tend to call them “hollow signifiers”, myself, but suitcase words is a far better formulation.

I’m less sanguine than Brooks regarding the intentionality of suitcase words, however; I have long been of the opinion, and am increasingly so, that the energetic trumpeting of under-paid, under-trained and under pressure journalists that results in this semiotic inflation is not seen as a bug by the “artificial intelligence” industry, but is in fact seen as (and quite possibly nurtured as) a feature to be relentlessly exploited. This would be why Elon Musk takes every opportunity to position “artificial intelligence” as a potential threat, even as his own companies are sinking billions into R&D programs; so long as people are talking about a suitcase word, whether positively or negatively, said suitcase word becomes a lever for attention, and thus for funding. Sell it as an angel, sell it as a devil… don’t matter how you sell it, so long as you’re selling, right?

Many thanks to the lovely people at Bayerischer Rundfunk for inviting me to their annual conference in Munich, putting me up in what looks to be possibly its most characterful hotel, and giving me a stage from which to expose the noxious back-stage ideologies of transhumanism to a receptive and insightful audience. Doing little video bits like this is a small price to pay for such a privilege… but let’s be frank, that’s a face made for radio.

In Europe, we knew that the Nazis never really went away.  But we never used to put them on mainstream fucking television.  We never used to stick them on cable news and ask them for their fucking opinions.  When you can open the Overton Window and march a few thousand fascists through it, then it’s time for agitprop.

Warren Ellis. Take up your pens and paper, comrades. 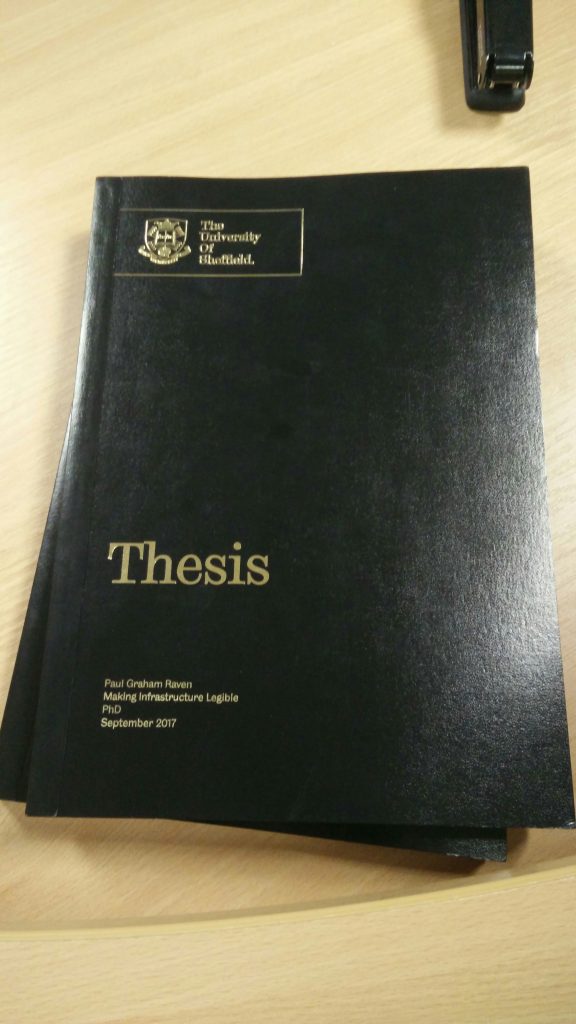 It’s done. Still gotta defend it at the viva, but it’s done.

So, who fancies giving me a job, eh?